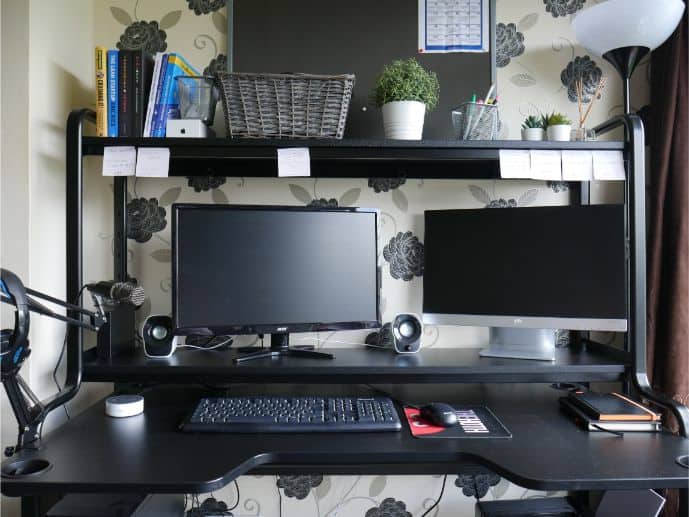 In this episode, I talk about the importance of creating the right working environment when working at home. Both for productivity and mental health reasons.

In this episode I cover:

Hello, and welcome to episode five of the journey to va podcast. This is Mark Smith, your host, aka the male VA. And in this episode, I’m going to be talking to you about creating the right work environment for your VA business.

So the reason I wanted to talk about this is for two different reasons. The first one is, having a poor workspace is bad for your productivity. And the second one being about your health and well being. So I was a trained Mental Health First Aid in my previous employment. And I know how important it is to get your mind right, not only at work but at home as well. And in our case, most of us work from home as well.

So there’s no real escape. And so it’s important for us to have the right environment to be able to work safely and in a positive environment, and also have that breakaway space when we need to take a break. And so and what mean by that is. So for instance, as I sit here recording this, I’m at my desk in which is actually part of my living room, and it’s in one corner. And so if I sit on my sofa, when I have a break, I can still see my computer setup and stuff, and it doesn’t really feel like I’m taking a break. So here I am going to talk to you about the importance of creating a nice work environment.

And why I have here probably isn’t optimal at all, but I do know what’s wrong with it. And so I put measures in place to counteract those, or to mitigate those at least. So one thing I do have is a very large desk, I’ve got two monitors set up, which is great for productivity. And I also have everything I need within arm’s reach. So I’ve got station me on a top shelf. And actually, if you head over to the blog page for this podcast, which is the mail va.co.uk forward slash five, you’ll be able to see my setup.

It’s also been posted on my Instagram at the Mayo VA. So you’ve got to see it too. But basically, what I’ve got is my monitors set up, I’ve got my mic and everything to the right of me, normal keyboard and mouse layout have gone Alexa to the left, which is obviously voice activated as just lit up as I said that. So I will try not to say anything that’s going to kick her off. And then on the top shelf, I’ve got some fake plants and stuff and a few books, which are just fine, add a little bit of colour, I’ve also got a nice lamp as well, which gives me some decent lighting, if that you know, as the evenings are coming in, if I’m still working, but most importantly, this desk is sat right in front of our huge living room window.

So anytime when I do want to take a break, I can literally just swing 90 degrees to the right, put my foot on the window sale, put my feet on the window sale, and have a rest and actually just taking some some natural light, which is kind of one of the main reasons I did opt to I have my office in this corner, it was in the opposite corner for a long time. And it was dark and dreary. And that was actually whilst I was still doing my work from home job in my previous role in my previous employment.

So towards the end of that, I realised actually that was becoming a bit of a drag, it was really dark, and even the lamp and the light on it just wasn’t there was no natural light over there. So one thing I would do is one thing I would suggest you do is put your desk right in front of a window if you can, or at least have some natural daylight actually coming in on you. If you just outside of the natural light, or the rays or whatever that natural light coming in the window, it, it does make a massive difference to your mood, especially as you’re going to be sat at home probably working on your own. For the most part, it’s really important that you have that natural light.

And there have been studies. And if I find one, relatively quickly, I’ll link to it. But there have been studies that suggest that natural daylight is much much better for your overall mood, and stress levels than artificial lighting, which you probably know already. But if you didn’t use what to know. So yeah, as I said, I’ve got my desk set up, everything’s within arm’s reach. I’ve got plenty of space underneath my desk so I can get my desk and my seating set up as you would in a workstation or workstation assessment.

If you’re in an office environment. I’ve got this big living room window which looks out basically onto my front garden and the street. And so yes, there’s a little bit of passing noise. But the daylight that comes in is just phenomenal first thing in the morning, as soon as I open the curtains, it’s nice bright light, and it’s nice and airy. And it’s somebody that I really enjoy working in terms of taking a break. Like I said, my sofa is basically free on a clock, it’s too hot behind me kind of at seven o’clock, eight o’clock position.

And if I sit now I can see it all. So what I tend to do is, is just go out for a walk or go into another room. And I live in a bungalow. So actually is any living room, two bedrooms, two bathrooms and the kitchen. But I will either go and sit in a garden, I’ve got a decent sized garden, or if it’s raining, I’ll go lay in the bed, read a book or listen to the radio or something and just not be staring at the screen or staring at the same space that I’ve been looking at the whole time. So that’s my home office spoken about.

But what I also do is and I spoke about this on LinkedIn, I think when someone popped a post up, or it might have been actually a post that I put up and in response to someone, but what I was saying was, I actually work on a Tuesday, I work from a couple of cafes, I go to a local Waitrose and I can park out for a couple of hours for free and work from their cafe. So you know, just get my server to excuse for a tea and cake in a cafe, work for a couple of hours that it’s usually plenty of charging points as well. So I don’t have to run off the battery all the time and just do a couple of hours there.

I tend to wear noise cancelling headphones and stuff and listen to music or another podcast during that time, it’s really nice to actually get out and about and see other people. And whilst I can look out the window and see the occasional pass or by it’s not quite the same as being in the hustle and bustle that you would potentially be used to in an office environment. And I know we’ve escaped that for a reason. But imagine for most of us, the reason isn’t people. And so it is nice to be around people just a little bit. I also try and have one or two phone calls in a day if I can, if I’m not too busy or bogged down in a web design project, I’ll try and have a call.

And if I don’t have any calls booked in or kind of ring a family member and it also my girlfriend. So I am speaking to someone and having that interaction is important. I do spend quite a bit of time on social media, obviously, as part of a promotion. And I’m in a couple of groups. But you can’t just have all of your interactions over a keyboard, unfortunately, is useful and good for your mental health and well being to talk to people to get out and see people when you can.

And so there are some of the things that I do to achieve that. I hope that’s been somewhat useful. I felt like I rambled on a little bit there, just talking about my desk setup. But it’s just useful, hopefully, for you to hear kind of how I’ve got my setup, like I said, to be able to go into my social media and see that I am at the mail VA on Twitter, Facebook, Instagram, and LinkedIn. And you will be able to see a picture also on the blog post for the show notes for this episode. And that will be at themaleva.co.uk/5.

If you want to share the post that’ll be fab and that will just get out to a few more people. And if you want to be if you’re a VA, or even if you’re not if you’re a business owner, and you want to be a guest on this podcast, please drop me an email to mark@themaleva.co.uk. I’m currently forming a list of interviewees that I can get on the show just to get their perspectives on some of the tools and techniques that people use not only in the virtual assistant world but also just in small businesses in general. So got a couple of good episodes coming up. I would like to have a small back catalogue of interviews that I can publish over the next few weeks.

Thanks for listening. I’ve been your host Mark Smith. I’ll see you next time.

Please help me by sharing this episode with your friends, family & colleagues…

My expertise will help build your online presence. I’ll work with you right from web design all the way through to delivery of your regular content if you want me to. You see, building a website isn’t enough any more. “Build it and they’ll come” isn’t a phrase used to describe online businesses. You have to give them a reason to find you and that’s where I come in.

Check out my services page to see a full list of tasks I can help you with. 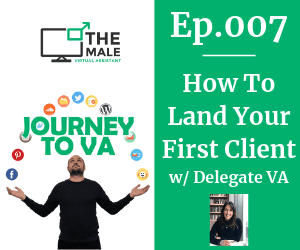 007 – How To Land Your First Client with Delegate VA 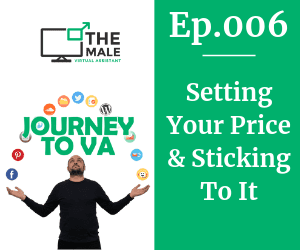 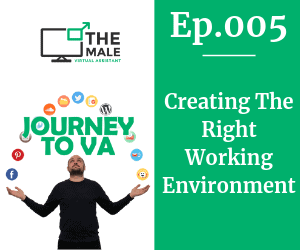 Sign up To Be Notified of a New Episode

I don’t believe in spam. Signing up here will only give you updates when I post new content or podcast episodes.

Find me on social media

© 2018 The Male VA - Virtual Assistant based in Oxfordshire

Made in Wordpress by me, The Male VA